Not fit for purpose: Medicare to undergo shake-up

Story from The Australian newspaper.

Not fit for purpose: Medicare to undergo shake-up

Medicare is facing its biggest overhaul since its inception with Labor devising a “blended” funding system that would open up the delivery of primary care to a wider range of health professionals – including nurses and paramedics – in a bid to save universal healthcare.

The move to shake up Medicare has the broad backing of the nation’s peak health groups as an “extraordinary consensus” concludes that, without serious -reform, access to primary healthcare will be out of reach of millions of Australians because of rising gap fees.

Bulk-billing rates plummeted by 7 per cent in the past year are continuing to fall as millions of general practices move to charge patients fees to supplement Medicare rebates, including pensioners and children. And millions of patients are struggling to get timely appointments with their GPs amid exploding demand and a diminishing workforce.

“There is now a very strong consensus that if we don’t do something, this system is in real trouble,” Mr Butler said. “Medicare is an utterly central pillar of our healthcare system, but what is pretty clear to me is that the MBS (Medicare Benefits Schedule) rebate model, and Medicare funding more broadly, isn’t working for the disease profile the country now has: an older population with much more chronic disease.

“It really is a system that was designed for much more linear episodic care that was more the state of things in the 1980s and 1990s.

“And at a time of skyrocketing patient demand and workforce shortages, it just doesn’t make sense not to have every health professional working to their scope of practice. We need doctors working hand in glove with practice nurses, allied health professionals and pharmacists. The system is not well designed to allow them to do that. Clearly an expansion of multidisciplinary care is key to managing chronic disease.”

An upcoming report from the Strengthening Medicare taskforce that has the endorsement of all peak health bodies will lay the groundwork for the overhaul of Medicare, with key consensus recommendations calling for the expansion of team-based care, a system of voluntary patient enrolment with a home practice, and digital modernisation.

While the details of a new funding model are yet to be nutted out, options under consideration include providing flexible “block funding” budgets to practices to employ allied health workers and fund services such as wound clinics or diabetes prevention initiatives, or direct incentive payments to enable clinics to pay the salaries of nurses, dietitians, physiotherapists and exercise physiologists.

The scheme is likely to be tied to voluntary patient enrolment, which could help determine funding streams with amounts allocated per patient then pooled, enabling surgeries to put longer term plans in place for preventative care and regular chronic disease management.

A plan to channel funding via federal primary health networks who could employ allied health workers and make their services available to clinics and communities is also on the table.

The Royal Australian College of General Practitioners says it recognises the urgent need to reform the fee-for-service model, with general practice doctors hamstrung in providing adequate care to patients with complex diseases due to a rebate model that fails to finance long consultations or fund the coordination of care.

“We’re at a critical juncture in general practice and primary care,” said RACGP president Nicole Higgins. “If we don’t get this right, we’ve got the potential for the whole system to fall over.

“What I see happening right now across the country is there is an uncoupling of general practice from its dependence on Medicare. There is now an exponential decrease in bulk billing. And now it has started, it’s going to be very hard to just stop that slide.

“We’re seeing more complex patients, older patients with multimorbidity. Team-based care is the best model to support those patients, but GPs need to continue to be the stewards of the multidisciplinary care team, because they’re the ones that have the whole patient picture.”

The RACGP has pointed to the Danish model in which about 70 per cent of funding remains fee-for-service and 30 per cent is block funding for complex chronic disease as an ideal mix.

Australian Primary Health Care Nurses Association president Karen Booth, who sat on the taskforce, said nurses were critically underutilised in primary care. Because Medicare does not directly fund healthcare provided by nurses, many were working to only a fraction of their scope of practice or even performing administrative tasks.

“There’s a lot of care that nurses can give that can meet patients’ needs on the day, but currently with fee for service they have to see the doctor otherwise no one gets paid,” Ms Booth said. “We all know across the board the number of health professionals that is needed is huge. The situation in some places is dire.

“And now we have a situation where some patients need healthcare and they cannot afford to see a doctor. I think as a first world and wealthy country, that is a shameful thing.”

Australia is one of the last countries in the world that is yet to move from a predominantly fee-for-service model of primary care. The UK has moved to utilise the full scope of practice of a wide range of health professionals in primary care including paramedics.

John Bruning, CEO of the Australasian College of Paramedicine, said: “The structure of health care needs to completely change. That gap between the GP and the ED is where paramedics could be playing a vital role.”

There is currently some federal funding for team-based primary care, including incentive payments for employing nurses, but the sector says the model must be funded on a wide scale and be systematically integrated.

Australian Medical Association deputy president Danielle McMullen, who represented the AMA on the Medicare taskforce, said: “GPs need to be recognised as the cornerstone of our healthcare system and the clinical leaders, but we need to share the load. We need to make sure that we’ve got well resourced teams that can communicate easily so that the patient can see the right team member at the right time.”

Readarticle online at The Australian. 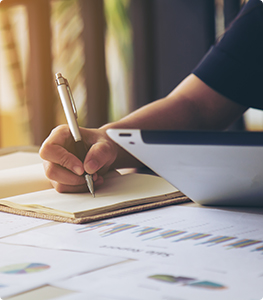 Get unlimited access to hundreds of ACP's top courses for your professional development.