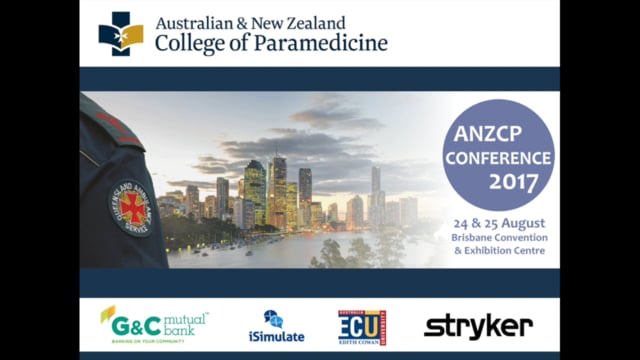 Presented by Professor Michael Reade In April 2016, ANZCOR published its first guideline on the management of traumatic cardiac arrest (Guideline 11.10.1). Noting reports of neurologically-intact survival in a military context of 21%, and in selected civilians 5.1-7.5%, several priorities differ from those of conventional resuscitation. The first peri-arrest priority is to stop the bleeding with a tourniquet or direct pressure +/- a haemostatic dressing. 20ml/kg warmed fluid should be given rapidly, ideally at least a 1:2 mixture of plasma : red blood cells but if unavailable, crystalloid (and coagulopathy) is better than nothing (and death). Airway and cervical spine are then managed conventionally. All chest trauma patients in cardiac arrest who are not responding to airway and fluid should have their chest decompressed by finger (not needle) thoracostomy.

Professor Reade is an anaesthetist & intensivist in the Australian Defence Force, seconded to the University of Queensland to lead military trauma research. With the rank of Colonel, he is Clinical Director of the Regular Armyǯs only field hospital. His research interests are fluid resuscitation in trauma, trials of cryopreserved platelets and tranexamic acid, and delirium. He has secured >A$14M in research grants, published >140 papers and delivered >200 lectures at national and international conferences.