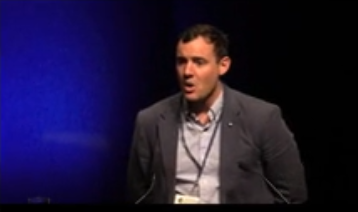 Synopsis: Papua New Guinea is beautiful nation of 8 million people, at its closest point, just 3.5km from Australia. Yet despite being the largest and wealthiest nation of the pacific islands, PNG has the worst health statistics. 61 per cent of women will give birth unattended by a health worker. About one in 30 women will die from obstetric complications.

Biography: Matt Cannon OStJ, originally from Sydney, is a registered paramedic and registered nurse. In 2015, the National Headquarters of St John sent him to Papua New Guinea as a special envoy. Four years later he is still there. “There is something in the Port Moresby water that makes you keep coming back, and in my case stay”, Cannon chuckled. In 2017 he was appointed Chief Executive of the service by the Governor General and the National Council.

In four years under his leadership St John has managed to go from the brink to now thriving. St John is now turning over around AUD $8,000,000 p.a., which is being used to improve the service’s efficiency and train its 200+ team.

Working for St John PNG is definitely ‘No Ordinary Challenge’. St John has been tasked by the Government to set up a National Ambulance Service. Papua New Guinea has some of the most remote places on earth. 80% of the population live in rural areas and poor road and transport infrastructure compound the access challenges. St John is embracing tried, tested and proven technology as it endeavours to connect every ambulance in PNG to the National Ambulance Network by 2030.

Matt Cannon OStJ was sent as a special envoy to St John PNG in 2015. In 2017 he was appointed Chief Executive of the service by the Governor General and the National Council.